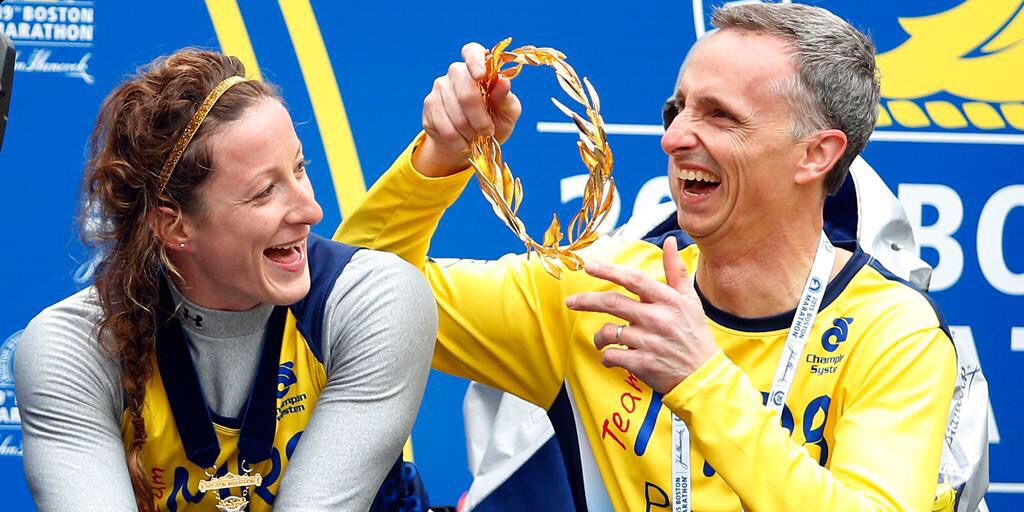 But McFadden won’t be adding the Boston winner’s ceremonial wreath to her mantel. The Russian-born American gave the gold wreath to Martin Richard’s family.

Martin Richard was an eight-year-old boy who was killed during the 2013 Boston Marathon bombings. His family has started a foundation in his name and McFadden was among the athletes competing for Team MR8 in memory of Martin. After Martin’s father, Bill Richard, presented McFadden with the winner’s wreath, she gave it back to him, calling it a “symbol of hope.”

Last year, she gave her wreath to Carlos Arredondo, who ran to help treat victims during the 2013 bombing. Arredondo is best known as the guy in the cowboy hat in the famous photo of him running to help a bombing victim.

McFadden was born with spin bifida and was paralyzed from the waist down. She grew up in an orphanage in the Soviet Union and, because the facility couldn’t afford a wheelchair, she walked on her hands for the first six years of her life. She moved to the U.S. after being adopted by Deborah McFadden and began competing at the age of eight.

She won the Boston Marathon in 1:52:54, about 54 seconds ahead of second place, Wakako Tsuchida.