Laurie Hernandez Regained Her ‘Dancing With The Stars’ Domination 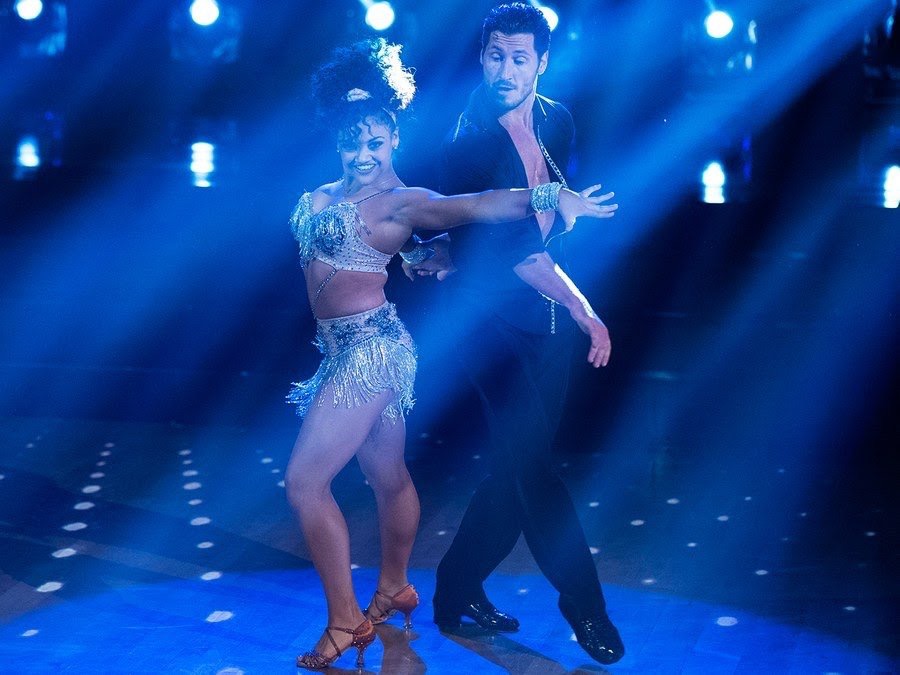 Last week on Dancing With The Stars, gymnast Laurie Hernandez and partner Val Chmerkovskiy had a rude awakening: They earned a score of just 25 for their performance, going from a perfect score the week prior to the second lowest score in the group. Ouch. It came as a shock to the seemingly unstoppable pair, but it motivated them to absolutely nail last night’s performance. The dance at hand: salsa. In rehearsals, Hernandez—a second-generation Puerto Rican—said she hoped her heritage could help her out this week, particularly with all the sexy “hip action” that she couldn’t seem to master.When Hernandez isn’t filming the show on Mondays and Tuesdays, she’s traveling the country with the Kellogg’s Tour of Gymnastics Champions—so it’s not like she’s busy or anything! Luckily, she has fellow gymnasts and former DWTS competitors Nastia Liukin and Shawn Johnson on tour with her, in case she needs advice. “I can’t shake my hips in front of Val because he’s a guy!” Hernandez told the gymnasts. Johnson’s words of wisdom to Hernandez for the salsa routine: “This is the time to have fun, learn a new thing, and prove to yourself that you can be more than just a gymnast.” No pressure, right?

Last night, the pair completely wowed when they took to the DWTS stage. Hernandez rocked a sassy fringe two-piece outfit, and she owned all the “hip action” and sexy steps in the routine. The best part: She looked like she was having the time of her life while performing. Guest judge Pitbull (yes, Mr. Worldwide) said the duo looked “amazing” on the dance floor. Judge Julianne Hough called Hernandez “fire,” and Bruno Tonioli called her a “little chicky salsa devil” (I think that’s a good thing?). Their score for the night: a whopping 37. The couple was safe from elimination, and contestant Amber Rose was sadly sent home.