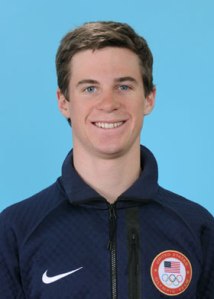 “Every two years, as the longest continuous sponsor of the Olympic Movement since 1928, The Coca-Cola Company has an amazing opportunity to align our brands with some of the best talent – and truly some of the best people – in the world of sports,” said Dina Gerson, director, Olympic Marketing, Coca-Cola North America.

Coca-Cola Olympic and Paralympic athletes were selected based on criteria developed around the brand’s core values.

Bohonnon is a three-time World Cup Champion and nine-time World Cup podium finisher, and that’s just the beginning. The 22-year-old was named RIS “Rookie of the Year” in the same year as his Olympic debut and a Top 20 skier under 18 by Powder Magazine at age 16. The avid outdoors and music enthusiast is also enthusiastic about giving back, supporting Operation Smiles and The Speedy Foundation. Bohonnon says he always travels with a ping pong paddle. Who knows, maybe we’ll get so see his ping pong skills in PyeongChang too!

Career Highlights (to name a few):